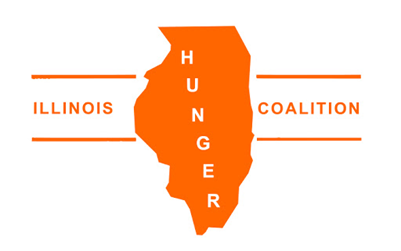 Advocacy is an essential part of the IHC's efforts to #endhungernow. Read below about some of the IHC's advocacy campaigns.

IHC's grassroots advocacy was successful in preventing harmful provisions cutting SNAP in the final version of the 2018 Farm Bill, a bipartisan bill passed and signed by the president in December. Read the IHC press release here.

The IHC was an essential part of advocacy surrounding the College Hunger Bill in Illinois, which passed both houses in the Illinois General Assembly and was signed by Governor Rauner in July 2018.

The College Hunger Bill expanded SNAP eligibility for over 40,000 community college students in Illinois. For more information, go to the IHC Resources page.

In part due to the IHC's successful advocacy efforts, Illinois again applied and was approved for the Able-Bodied Adults Without Dependents federal time limit waiver for the entire state except DuPage County for 2019.

The federal government has proposed a rule change that would limit the ability of states to apply for waivers in the future, which would devastate the more than 416,000 ABAWDs currently living in Illinois. Read the IHC's press release here.

As a leading cause of hunger is low wage work, IHC members continue to organize for the Fight for Fifteen campaign with SEIU and other labor and community partners. The campaign seeks to ensure that working people are making living wages in order to end hunger.

*Please note we do not have walk-in services

IHC is an active advocate on behalf of Illinois citizens in passing the Universal School Meals Program Act of 2021. This federal bill amends the Child Nutrition Act of 1996 and the Richard B. Russell National School Lunch Act to provide breakfast and lunch to all k-12 age children. This federal program will eliminate the need for individual families to fill out the applications for the Free/Reduced Meals Program.

IHC recognizes that the most effective manner of feeding hungry children is to feed all children.

IHC's grassroots advocacy was successful in preventing harmful provisions cutting SNAP in the final version of the 2018 Farm Bill, a bipartisan bill passed and signed by the president in December. Read the IHC press release here.

The $10 billion provisions will link 9 million more children to free school meals and provide 29 million low-income children with nutrition benefits through the Summer EBT program. These provisions will expand the number of schools that would be able to offer free meals to all students through the Community Eligibility Provision and allow states to implement community eligibility statewide and provide $500 million for school kitchen equipment grants and $634 million for a Healthy School Meal Incentives demonstration project to support nutrition quality.

IHC works to advocate on behalf of Illinois citizens to maintain these provisions.